A Meccano icon for the 21st Century?

A few days back I posed a question on Spanner - after decades of the long-defunct Giant Block Setting Crane standing as an icon of Meccano, what might serve on a wide range of publicity for the 21st century?

I was very grateful for all the ideas and feedback! One thing became clear – there are two categories available to us – the contents of modern sets, or the full range many of us have collected from over the years. Meccano Ltd would have to limit themselves to the former, which might do cute but doesn’t do awesome. That surely went out with the concept of Conversion sets enabling ever larger collections. If we talk about the full historic range of parts, though, we are talking about an image that could go on Club and Exhibition posters that speaks of the best in Meccano engineering. Sadly this is about an image for the adult hobby, not the modern product. But then, so is the GBSC, after all!

So what were my own categories? Something
(a) not tied in to past technology
(b) instantly recognisable in a simple black and white picture or icon
(c) able to be modelled in a wide variety of scales to suit all sorts of sizes of outfit
(d) redolent of the best of science and technology
(e) future proof
(f) able to be built within the historic system
(g) generic rather than specific to allow for many interpretations

Where did that lead me? All sorts of ideas came in, many inevitably reflecting the preferences of the builders.

I was particularly grateful to Les Meggett for his analysis of prize-winning models over the last 20 years as shown in CQ. This certainly showed which subjects were most popular with the model-building fraternity.

1st and 2nd equal were Cranes and Locomotives (13 each). These actually included only two blocksetters, and the loco models were mainly of steam powered prototypes.
Well, much as I enjoy locos, I've been looking for something that isn't tied into past technology, so (a) rules out steam - sorry, guys! Modern trains? Lots of stream-lined plates (think Bullet Train or TGV) but none of the excitement of “watching the works” that you had with steam.
Cranes? I love building cranes of all sorts, but while tower cranes are universal they are too spindly to make good icons on posters, etc, and container cranes really don't get me as excited as a good old dockside or shipyard cranes which are now rather passé.

3rd came Excavators including wheeled loaders and powered shovels. There are certainly some great candidates here – everyone would surely recognise a bulldozer or a back-hoe shovel (JCB), but staying within the system (f) largely limits us to smaller models or cable-operated systems - no hydraulics, heavy screwed rods, etc. But something like the bucket wheel excavator seen at Skegness last year would certainly fit the bill.

4th were Fairground models, includes two Big Wheels. Another good candidate and I stand in awe of some of those produced by the Moldens and others, though is this "iconic" engineering? I don't know. Some of the Big Wheels merit that description, but the London Eye (for instance) is not easy to model without non-standard lengths of rod, etc, and for all the incredible engineering inherent in them, is the result (a leisurely circular ride) not just a little frivolous?

5th were Trucks, the workhouse of the modern world. They are another of my great passions, especially the heavy conventionals, but tyres have always been Meccano's weak spot. How many of us use standard wheels and tyres to produce anything really awe-inspiring? OK, Richard Payn doubles the 4" Tyres on 3" pulleys to very good effect on his supermodels, and some like Ian Henwood have used small modern wheels on giant mobile cranes to very good effect. Maybe.

Lower down, jointly 6th in Les’s survey, were factories and aeroplanes. An iconic factory?? Surely not. And very difficult to turn into a graphic element. Aeroplanes? Since the war? Perhaps only the 747 Jumbo (Tony Parmee did a fantastic airliner from the contents of a No. 10 set) and the Concorde merit the term iconic. Sadly the Concorde is no more, and even the Jumbo is being superceded.

Ships, Tractors and Cars came in at 8th with 5 appearances each. A ship as a future Meccano icon? Can't see it, myself. Tractors and cars? We're back to wheel problems again, plus the passing trends of fashion, otherwise I'd be nominating Bob Brooker for anything he has done! A number of Spanner replies suggested a Landrover, certainly recognised all over the world. And no more than a large Meccano set anyway!

Les, perhaps not surprisingly J , cast his vote for a modern mobile crane, whether wheeled or tracked.

What would I offer? Thinking long and hard about this one as a part-time graphic artist as well as an amateur model-maker, I particularly wanted something that would work as an image in any form, large or small, that spoke of challenging engineering and science and looked to the future rather than the past. 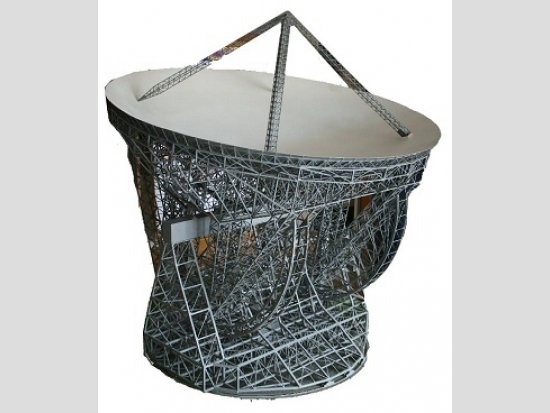 Somewhat to my surprise I came up with a radio-telescope – not something I have ever made, though a few, like the late Dr Alan Partridge, have. It ticks all my boxes, and it still contains something of the old GBSC construction – lots of strips and girders, plates and wheels. They run on bogeys, can be motorised, automated, even lit up if you choose. Models could be simple or awesome, just like the many versions of the GBSC. There are again a wide range of subjects to take, and although some like the original 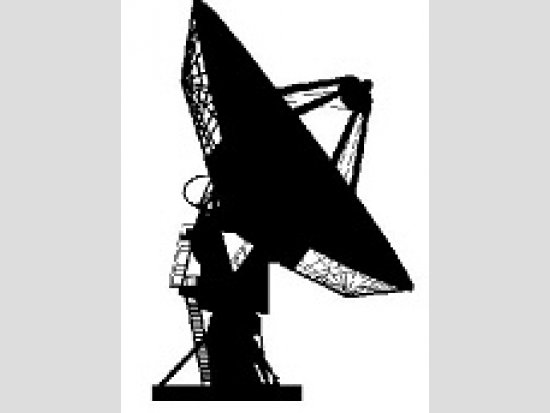 telescope at Jodrell Bank have been around for decades, new models are still appearing for astronomy, communications and more. And there is the important sense in them of looking forward to the unknown rather than back to the past….

If you were in charge of Meccano’s publicity, what would you vote for?